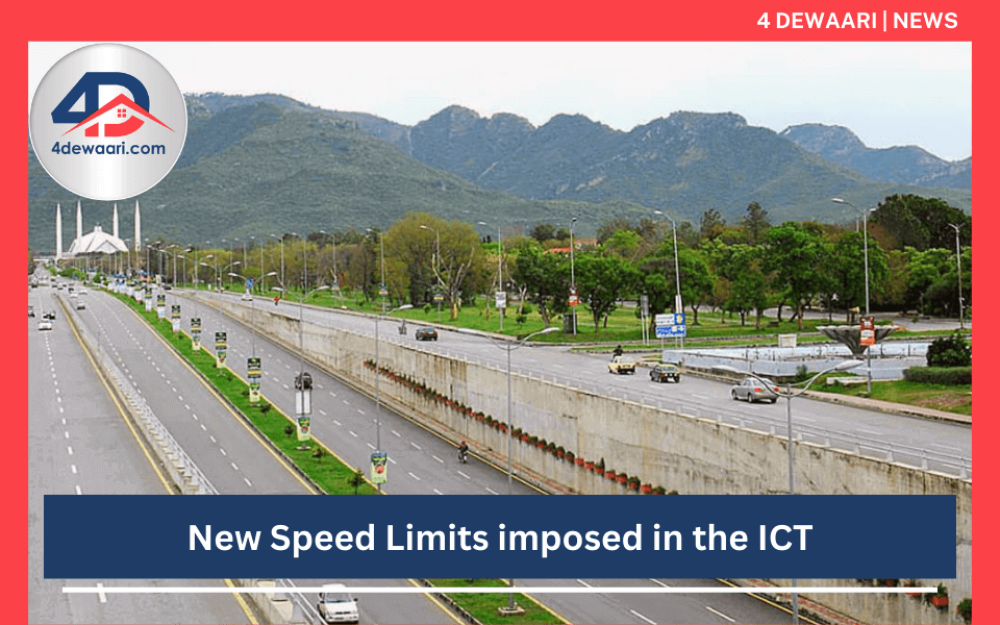 Islamabad: Islamabad Capital Territory (ICT) Police imposed new speed limits in the federal capital here on Saturday after its official approval by the Ministry of Interior. A police spokesman told the newsmen that the seed limits vary from place to place according to loads of the road and the power of the vehicles. The spokesman also added that the speed of the vehicles would be monitored through the safe city cameras and the violators of the speed limit would be issued challan tickets. The federal capital police under the direction of the Inspector General of Police Dr. Akbar Nasir Khan has started to take several measures to improve the traffic flow in the city to aver the number of accidents.

Similarly for heavy traffic the speed limit is set to be 65 has been imposed on the Srinagar Highway. Likewise, for heavy traffic 65 is charged on Srinagar Highway, Islamabad Expressway, Murree Road, Jinnah, Avenue, Faisal Avenue, Park Road, 7th Avenue, and 9th Avenue, whereas the speed limit is 60 on Lehtrar Road and IJP Road. The limit on service roads for heavy vehicles has been set to 40. The speed for the road near the schools and hospitals has been set at 30 for public transport and 25 for heavy vehicles. The safe city cameras would be used for  Surveillance of all highways.