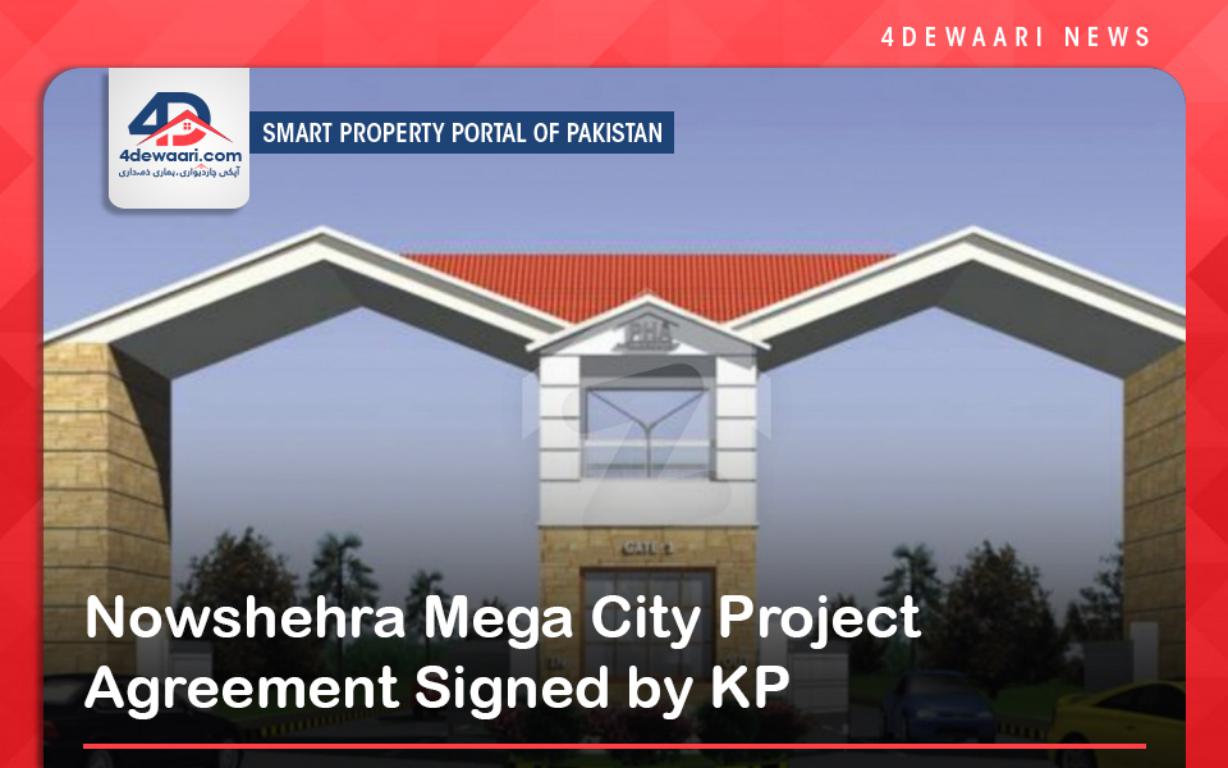 Peshawar: The signing ceremony of the agreement on the establishment of the Noshehra Mega City was held on Thursday. The KP minister for housing and works Dr. Amjad Ali presided over the signing ceremony. While talking on the occasion the minister said that the KP government is taking some practical steps to set up a mega city in the district. He said that the government is particularly focusing on the low-income and middle-class segment to provide housing facilities. Last month the government of KP launched a similar mega project in the provincial metropolis Peshawar.

The minister of housing in KP province while talking to the media at the Civil Secretariat also highlighted the steps taken by the KP government to provide housing facilities to the homeless people in the province. He said, “The projects launched by the housing department are aimed at providing better housing facilities to the low-income and middle-class people.” The ceremony was also attended by the additional secretary of housing, DG Provincial Housing Authority, assistant commissioner Pabbi and other concerned officials of relevant departments.

Addressing the gathering the minister said that the first phase of the mega-development project consists of 8160 kanals of land whereas the number of plots in the 1st phase is 9504. The minister also revealed that after the completion of the 1st phase another 8000 kanal of land would be added to the project. The establishment of the city, He said, would be conducted by a private construction company and the provincial housing authority under the land-sharing mechanism and facilitation mode.

It is relevant to mention here that the KP government over the past few years has taken a number of steps to facilitate the residents of the province. A comprehensive network of motorways and roads, construction of integrated Economic Zones, projects related to tourism and infrastructure development and housing and construction are worth mentioning.