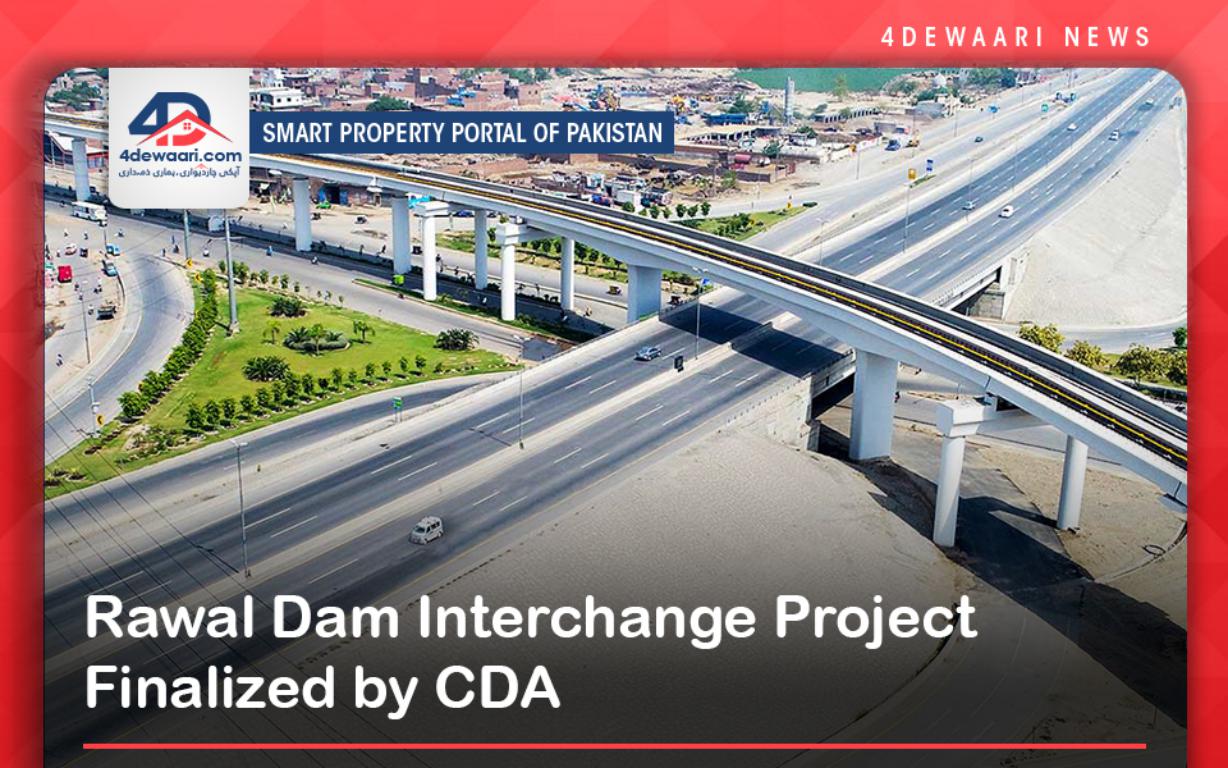 Islamabad: The Capital Development Authority is all set to complete the Rawal Dam Interchange Project within the stipulated time period of September as the construction activities have entered the final stages of completion. The CDA authorities have instructed the concerned departments to speed up the pace of work along with high-quality assurance to optimize the available resources in the best possible manner so that the project should be completed ahead of the scheduled timeframe. The project is being executed by the FWO which expects the project to be completed one month before the completion date of October 2022.

The Chairman of the Capital Development Authority (CDA) Aamer Ali Ahmed visited the site of the project several times. He directed the concerned authorities to expedite the pace of work on the project so that the opening of the flyover may be carried out by the end of September. Over the past few months, there has been a severe problem for the commuters of the twin cities in reaching their work owing to the ongoing construction work of the flyover.

It is to be mentioned here that the 1150 million Rawal Dam Flyover Project was initiated in 2019 and was to be completed by the end of 2021 within a period of two years. In this regard, the services of consultants were also hired. As per the plan of the project one underpass is to be constructed from Park Road to Murree Road and the other one from the Faizabad side towards Margalla Town. The project will ensure a smooth traffic flow on Murree Road along with facilitating the residents of Margalla Town and nearby localities.

The incumbent administration of the Capital Development Authority (CDA) has been working round the clock to speed up the pace of work on ongoing development projects like the Bhara Kahu Bypass, and the 10th Avenue Project. The civic body has also started work on the development of some of the new sectors as well as the speedy development of frozen sectors like I-12. The mega project of IJP Road, Islamabad Expressway, and many other projects are in progress in the capital city.