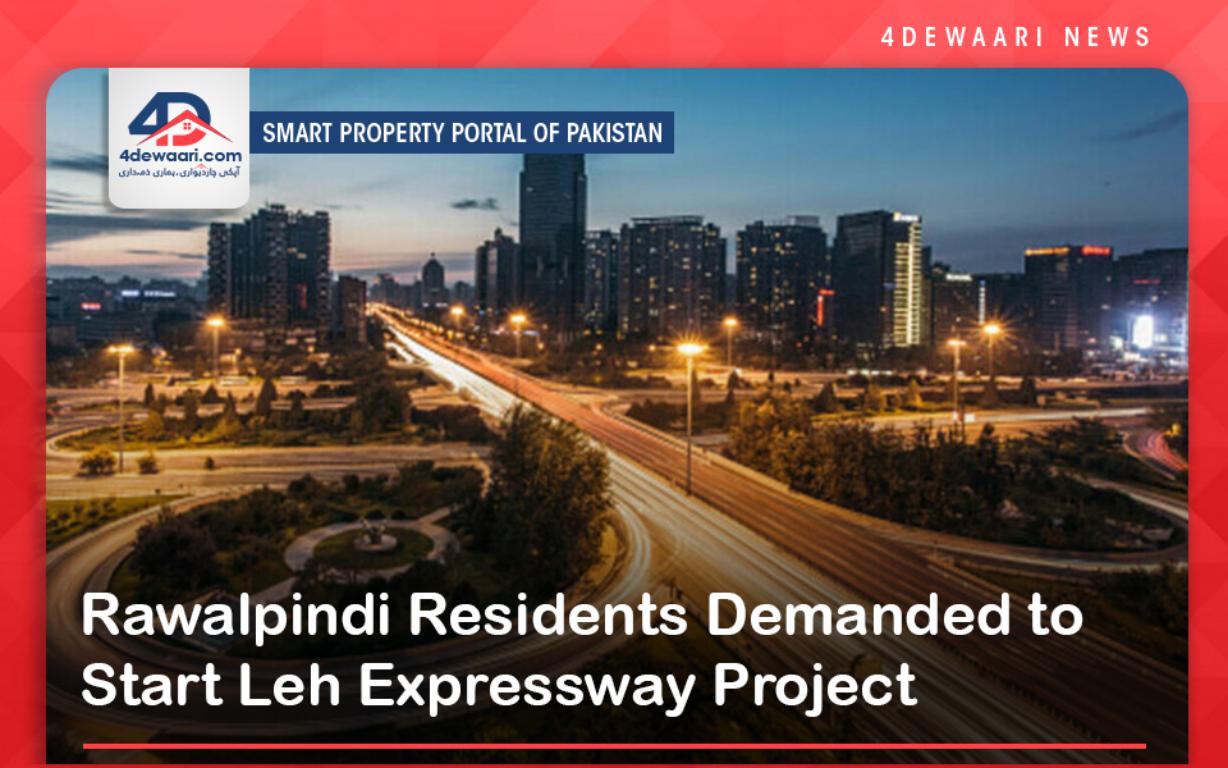 Rawalpindi: The Residents of Rawalpindi city have requested that Prime Minister Shahbaz Sharif that setting aside all political differences the work on a much needed Leh Expressway and Flood Channel Project should be started immediately. A meeting of the Anjuman-e-Shahar-e-Yan, Rawalpindi held under its Chairman Zahid Bakhtaweri demanded that PM Shahbaz Sharif visit the site of the project and get the work started as the project the citizen urged was of vital importance for the citizens of the twin cities and sidelining the project due to political differences would deprive the citizens of the long-awaited project.

A press release issued here in Rawalpindi says that the meeting was also attended by Sheikh Inayatullah, Dr. Saleem Raza Raja, Chaudhry Imran Rashid, Tahira Mushtaq, Maulana Qasim, Bashir Samuel, Mohan Lal, Syed Atif Ali Shah, Raja Umar, Dr. Arshad Mehmood, AD Abbasi. Zahid Bakhtawery demanded that the premier should take interest in Leh Expressway on the same lines as he did in the case of the Islamabad Metro Bus Project. The 17 km long Leh Expressway Project from Katarian to High Court Rawalpindi Bench has been in the pipeline for the last 15 years.

It is relevant to mention here that the project was initially launched in 2007 during the Musharraf period. The length of the project was 11 km from Katarian to Ammar Chowk. The cost of the project was Rs 17 billion but the project was delayed for some reason and the other and today the newly conceived  17 Km of Leh Expressway from Katarian to High Court is expected to cost around Rs 80 billion. The Leh Expressway Project if completed would provide an alternative route to the daily commuters of the twin cities. It would reduce the pressure on the main Murree Road where the traffic remains congested, especially during the peak hours. The Leh Expressway and Flood Channel would also solve the issue of heavy floods to Rawalpindi, especially during the monsoon season which poses a serious threat to the lives and properties of the residents of Rawalpindi.