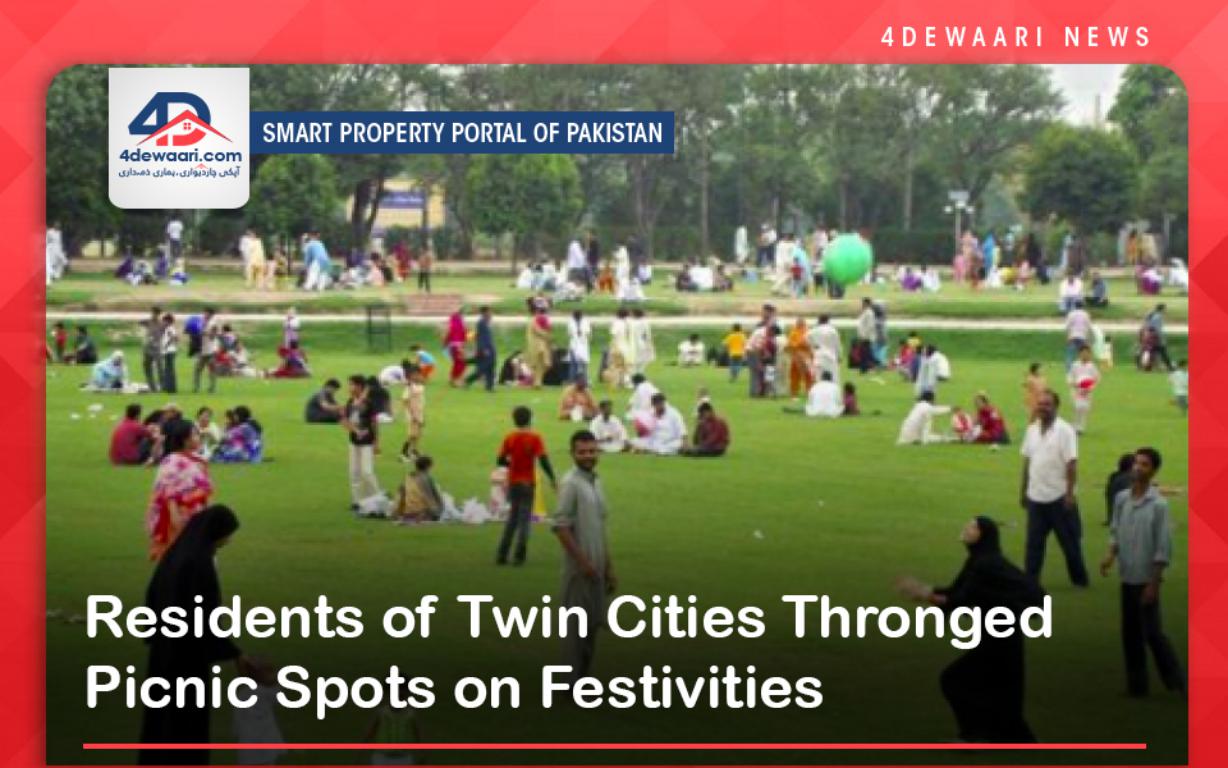 Rawalpindi: The eid festivities in the capital city are in full swing as the masses on Thursday Thronged picnic spots and recreational places of the twin cities. The eid holidays coupled with pleasant weather have attracted record visitors to parks and public places of Rawalpindi and Islamabad. The great rush on the public places also caused a great rush in eateries and restaurants. There are however complaints of overcharging and substandard food items in the tourist spots and public places. There are also reports of mismanagement and sad incidents in Lake View Park.

As per the detail, over the last couple of days, there has been a great rush of tourists in Lake View Park, Pakistan Monument, Ayub National Park Rose, and Jasmine Garden, Nawaz Sharif Park Murree Road, Jinnah Park, Joyland, F-9 Park and other parks of the twin cities. The district administration of Rawalpindi had made special arrangements for visitors during the eid holidays. The parks have been beautifully decorated. The eid festivities in the kids playing areas are in full swing as the families along with their children visited these places to let their kids enjoy the occasion to the fullest.

The families of the tourists, however, complained about overcharging and the supply of substandard food items. They said that the vendors have taken full advantage of the situation and sold the substandard items at higher prices. The tourists have demanded of the concerned authorities to take immediate action against those involved in fleecing the tourists. A visitor at Ayub Park Complained that the food items offered at the Ayub Park Canteen were tantamount to fleecing and the children were being robbed of their Eid is at different parts of the city. The district administration of Rawalpindi However claimed that the Deputy Commissioner (DC) Office Rawalpindi is working round the clock to cope with any ongoing situation.