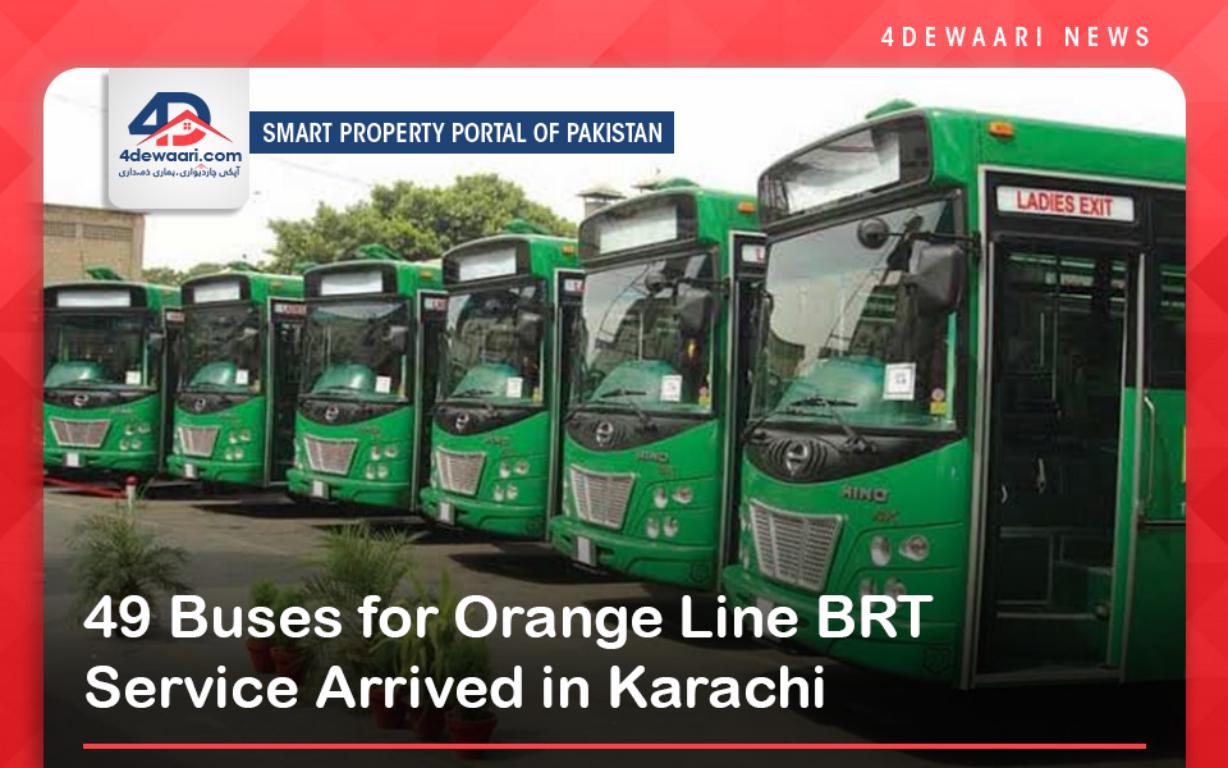 Karachi: The provincial Minister for information, transport, and mass transit Shajeel Memon said on Wednesday that a fleet of 49 buses for the Orange Line BRT Service has arrived at the Karachi port. The minister wrote on his Twitter account, "Congratulations Karachi. Complete fleet of Orange Line BRT Karachi (Abdul Sattar Edhi Line) and 49 busses (first phase) for Intradistrict people’s Bus service reached Karachi port." He also informed that the remaining buses of the mega mass transit project will also reach the Karachi port within a month. The Orange Line BRT was initiated in 2016 by the Sindh government and was to be completed in one year's time. The Orange Line BRT, from the Board office to Gulshan- e- Zia Orangi Town, has five bus stations with an estimated ridership of 50,000 persons per day.  The Line has been recently renamed after Abdul Sattar Edhi.

Meanwhile, the minister also presided over a meeting with Trans Karachi. Trans Karachi is responsible for the execution of the Red Line BRT Project. The minister directed the company to start the construction of the Red Line Project by coming Saturday. He also assured the company of the full support of his ministry. He said, “The Sindh government will extend full cooperation to Trans Karachi and contractors. I, myself, and my entire team would extend 100 percent support to you.” The Minister also advised the company to complete the project in a Two year time. The meeting was also attended by Sindh Transport Secretary Abdul Haleem Shaikh, Sindh Mass Transit Authority Managing Director (MD) Capt (retd) Altaf Hussain Sario, Trans Karachi CEO Wasif Ejlal, CFO Jatan Kumar, GM Project Director Syed Murtaza Asghar, and the  Project Consultant.

The minister further added that the Red Line BRT Project is vital for the city which would improve the infrastructure and provide a safe and sound transportation facility to the people of Karachi. He directed the concerned authority to remove all obstacles in the execution of the project on an urgent basis and that the delay of a single day would not be tolerated in this regard. The CEO of Trans Karachi informed the minister the four-kilometer from Tank Chowk to Safoora Chorangi has already been handed over to contractors for laying the infrastructure of the Red Line BRT Service.

CM Sindh Approved Changes in A...

Hundreds of Trees Being Felled...