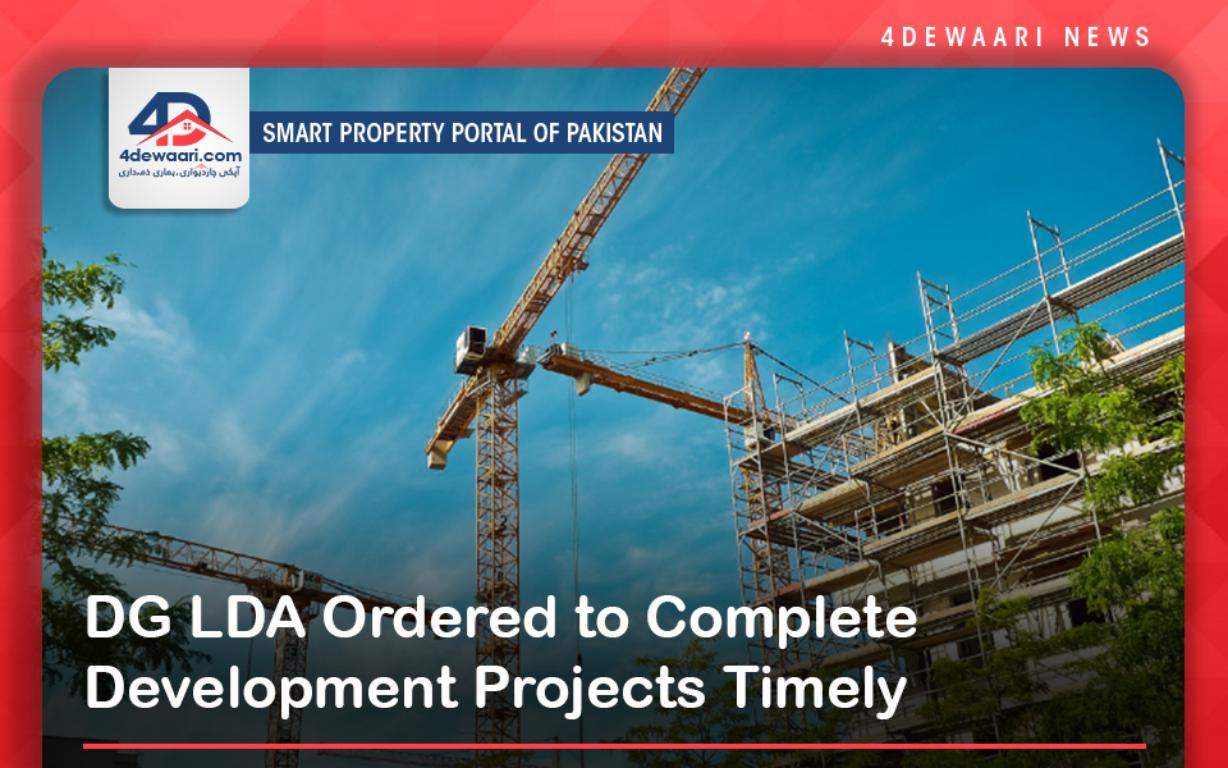 Lahore: The Director General Lahore Development Authority (LDA) paid a visit to a number of uplift projects in the city and directed the concerned quarters to ensure timely completion of the ongoing development activities in the city. The DG LDA visited Data Ganj Bakhsh Flyover (Old Sheeranwala Flyover), Aik Moria Underpass, and Minar-e-Pakistan Sports Complex where he was given a detailed briefing by the officials of the LDA. He especially advised the concerned authorities to complete the extension work on Data Ganj Bukhsh Flyover and Aik Moria Bridge Project at the earliest. The DG ordered the concerned authorities to complete all codal formalities on an urgent basis and said that no negligence in this regard would be tolerated.

The LDA has long been working on the completion of three mega projects in the city to ensure a sound and smooth flow of traffic. The three ongoing projects include Data Ganj Bakhsh Flyover Project, Gulab Devi Underpass, and Shahkam Flyover projects. The total cost of the Data Ganj Bakhsh project is Rs 5 billion, the total cost of the Shahkam flyover project is Rs 4.23 billion and that of the Gulab Devi Underpass is Rs 1.7 billion. Last year the DG LDA had claimed that the execution of all three projects would be completed within the stipulated time but the work on some of them lingered on due to certain technical issues.

Koral to Rawat Highway Decided to Complete by CDA Islamabad

The Data Ganj Bakhsh Flyover would benefit the northern parts of the city which includes Railway Station, Walled City, Akbari Mandi, Badami Bagh, Shah Alam Market, Azadi Chowk, and nearby areas. Gulab Devi Underpass was inaugurated in December last year by the then CM Usman Buzdar. The project is reported to have eased out the movement of around 130,000 vehicles in the area besides benefitting the patients of Gulab Devi, Children, Social Security, and General hospitals. The  Shahkm Chowk is a central point that connects different parts of the city. Traffic usually gets stuck around here for hours. The completion of this project would also benefit thousands of daily commuters. The LDA has already completed some of the projects like Lal Shahbaz Qalandar underpass, the entrance of Thokar Niaz Beg, and a pedestrian bridge at Jinnah Hospital.