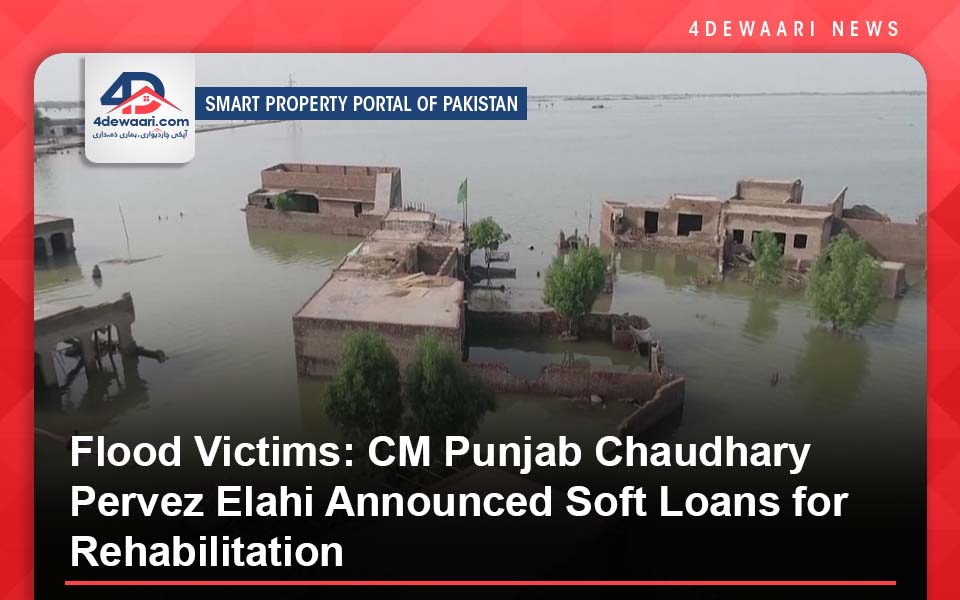 Lahore: Chief Minister Punjab Chaudhary Pervez Elahi has announced the provision of soft loans to the victims of floods for rehabilitation and reconstruction activities in the province. The CM was talking to a delegation of the Baitussalam Welfare Trust (BWT) led by its Chairman Maulana Abdul Satar. During the meeting, a joint action plan was discussed in detail for the rehabilitation and resettlement of flood victims and the repair of damaged houses. The CM appreciated the Plan of BWT to provide cement, bricks, and other material for the construction of demolished houses in flood-hit areas.

The CM said, “The Punjab government has dispatched medical teams for the prevention of epidemics in the affected areas and medical support from BWT would also be welcomed.” During the meeting, the CM constituted a committee comprising Maulana Abdul Sattar, Mian Muhammad Ahsan, Hafiz Amaar Yasir, Rescue 1122 DG Dr. Rizwan Naseer, PDMA DG, Huzaifa Rafiq, and Salman Hamid, which will prepare a plan in collaboration with NWT for the rehabilitation of the flood victims and the repair of damaged houses. The CM further added, “The BWT will also establish maternity care container clinics in the affected areas and different commodities, medicines, and tents will be provided jointly”.

The CN also stressed the need for ensuring that the aid should reach the needy and deserving people. He also added that employment opportunities would also be created for the flood victims. He said that the facilities of Dastarkhwan and education for the flood affectees would be started soon. He said, “The collaboration with BWT and Indus Hospital would be further promoted to benefit the people. Aid must reach the deserving people while the spirit of serving the affectees was commendable.”