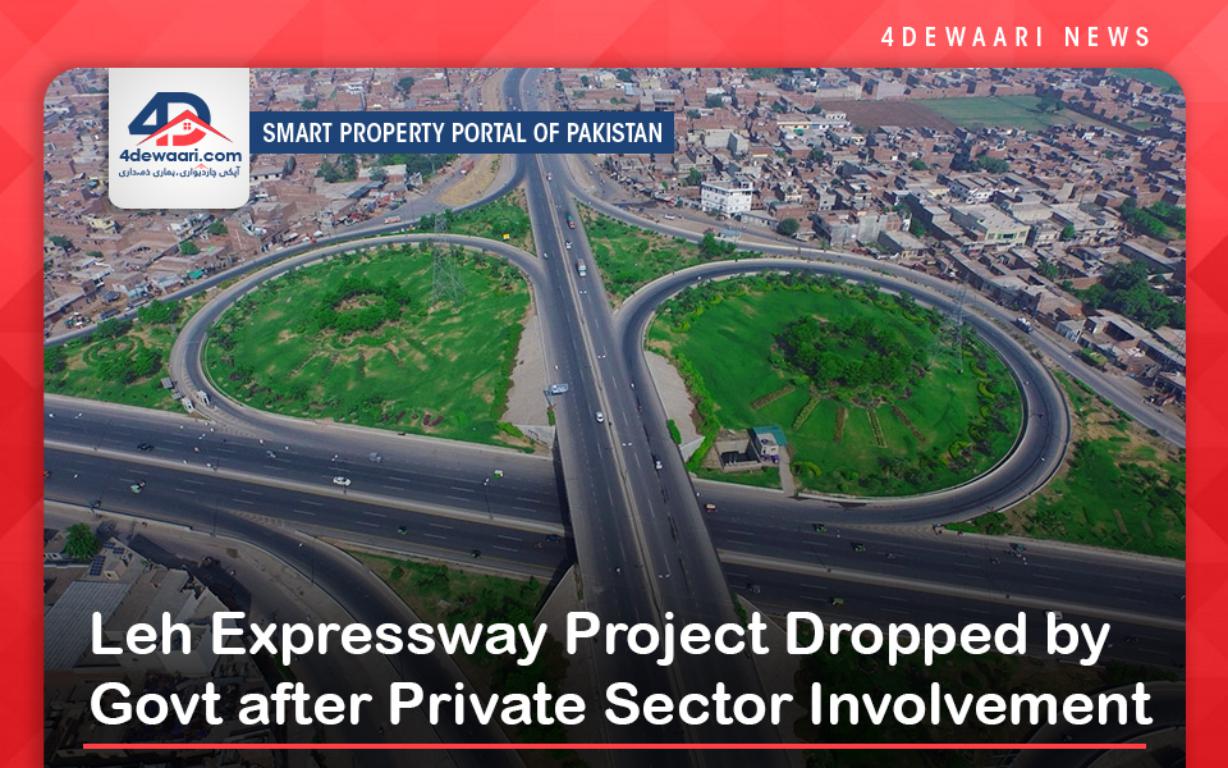 The Punjab government in the latest move has decided to construct Leh Expressway and Flood Channel through government funds instead of carrying it out in Public-Private Partnership Mode. Under the new plan during the next fiscal year, the Punjab Government would spend Rs 65 billion on construction work on Nullah Leh and the dual carriageway while the Rs 25 billion would be used for land acquisition. The federal government would bear the 60pc cost of the project while the provincial government would provide the remaining 40pc. The Leh Expressway would start at Katarian Bridge on the IJP Road and culminate at Soan Bridge on the GT Road. The width of the concrete carriageway and flood channel at the starting point at Katarian would be 55 meters and will gradually increase to 80 meters at the endpoint at Soan Bridge. For the Environment Impact Assessment (EIA), a public hearing would be held next month.

Under the previously approved plan, the government had to procure land while some private companies had to construct and operate the project under the private-public partnership. However, no private investor seemed to be interested in the project owing to the possible obstacles in the execution of the development work. It is important to note that the PC-I for land acquisition and structural compensation worth Rs25 billion was approved by Ecnec in its meeting held on December 22, 2021, and administrative approval was given on January 19, 2022. The ECNEC approved the project under the condition that EIA would be carried out before the execution of the project. But the development work on the mega project could not be started mainly because of a lack of interest on the part of private companies.

The 18 km long Expressway project alongside the Nullah Leh would not only provide an alternate route to the commuters of the twin cities but also save the residents from the havoc of heavy flooding that takes place during monsoon season. The expressway would be built keeping in view a flow of 100,000 cusecs of water. The proposed, Urban Regeneration Plant, and plantation of millions of trees along the water stream would also benefit the residents of the area to avail jobs as well as enjoy a better environment. The value of their property would also enhance as the area beside the Expressway

Veteran politician, Mr. Shaikh Rasheed has expressed the importance of the project several times. In July this year, while monitoring the expected flood situation in the Nullah he said, “Leh Expressway is very important for the residents of the city. The sitting government is eager to resolve public issues and ‘Leh Expressway’ is on top of the priority list. I know the public is facing several problems and I will try my level best to resolve them”. Nr Rasheed said, “The Leh Expressway is aimed at treating the city’s sewerage and providing an alternate road connecting Rawalpindi with Islamabad, which will help clean up the traffic mess on Murree Road, Peshawar Road and Airport Road,”