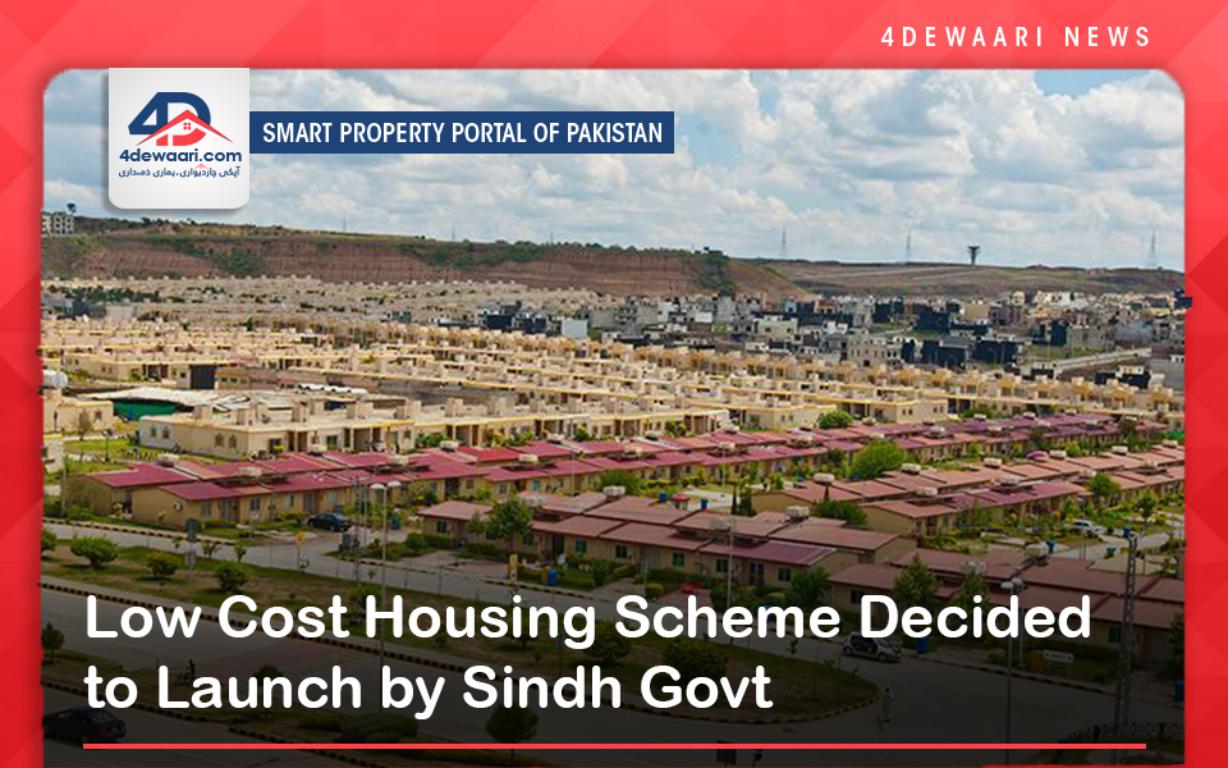 The Sindh Cabinet in a meeting held here on Friday decided to start a low-cost housing scheme to provide a home to the depressed and homeless segment of the society. The meeting was held in CM House under Chief Minister Murad Ali Shah. During the meeting, the chairman planning and development board briefed the cabinet on the mid-year review of the Annual Development Programme (ADP) 2021-22. The Chairman told that overall Rs77.875 billion were released, of which Rs43.777 billion have been utilized. He also briefed that 825 of the total 1034development projects under the annual development program would be completed in the current fiscal year.

The cabinet meeting was attended by all the provincial ministers, advisers, special assistants, new chief secretary Sohail Rajput, Planning & Development Board Chairman Hassan Naqvi, and other notables. Speaking on the occasion the chief minister said that the change of government in the center would usher in a new era of development in the country. He said, “This is a new era of cooperation, joint working, and prosperity for the country,”. He also directed the members of the provincial cabinet to be more vigilant and active to solve the problems of the masses.

House Rent Has Jacked Up by 20 Percent

During the meeting, The Sindh Katchi Abadis Authority (SKAA) came up with the proposal of launching a low-cost housing scheme in different areas in the province for homeless people. It was informed that the scheme would also benefit the people who have been affected by an anti-encroachment derive in the province. The meeting was informed that the experiment of Sasti Basti has already been successfully conducted in various locations in the province. The cabinet while approving the proposal for the Low-cost Housing Scheme also directed the Board of Revenue to identify lands all over the province for the execution of the project. The cabinet also directed the for low-cost housing schemes and simultaneously directed the SKAA  to prepare a comprehensive plan to launch such schemes.