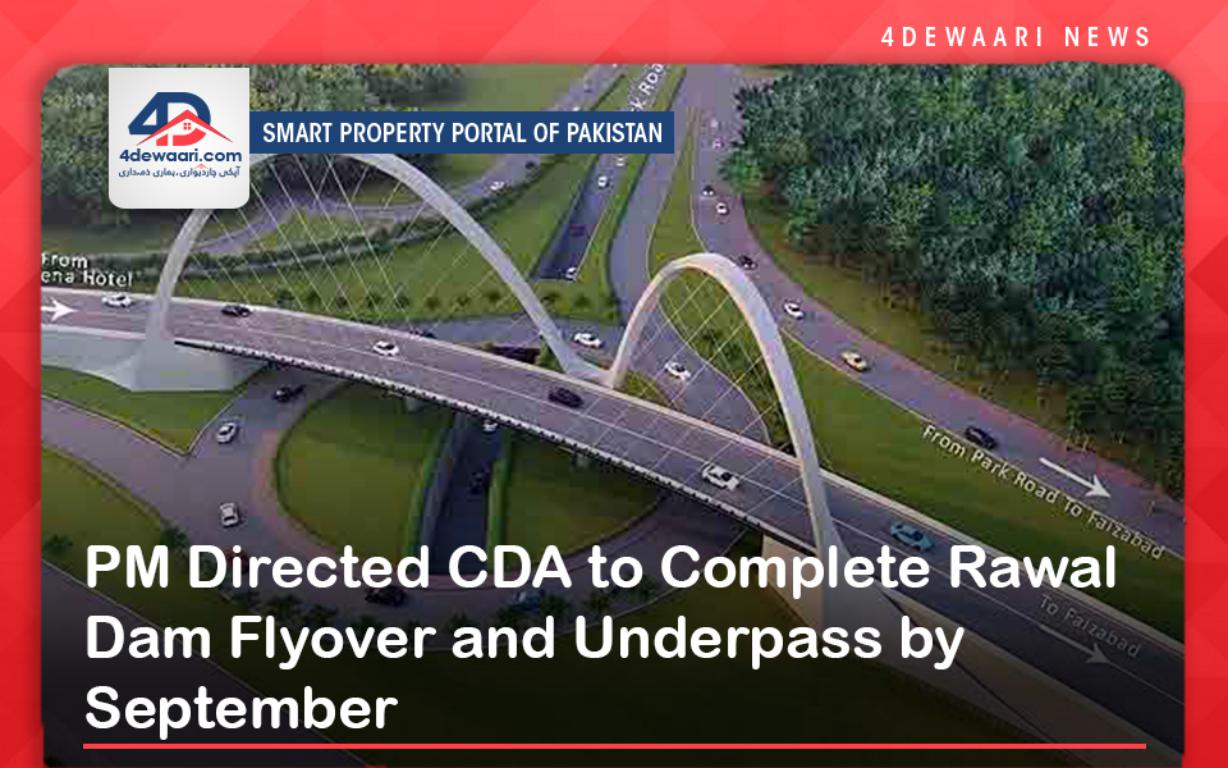 Islamabad: PM Shahbaz Sharif has taken notice of the delayed development work Rawal Dam Flyover and Underpass; directed the Capital Development Authority (CDA) to complete the project by September this year. During his visit to the site of the project on Saturday morning, the prime minister expressed his dissatisfaction over the pace of the work and ordered the concerned authorities to expedite construction activities so that the project should be completed by September this year. The PM also ordered an inquiry into the delayed work on the project and directed a third-party audit of the project. The Rs 1150 million Rawal Dam Flyover Project was initiated in 2019 and was to be completed by the end of 2021 within a period of two years.

Over the past few months, the commuters of the twin cities have been facing severe problems in reaching their workplaces owing to the ongoing construction work of the flyover. The PM after inspection expressed dissatisfaction with the pace of work and directed the Director Roads of the civic agency to complete the task within the next five months. The CDA Chairman Amer Ali Ahmed told the Prime Minister that the contractor of the project would be changed for speedy completion of the project under the direction of the PM. PM also directed the CDA to further widen Park Road by the addition of one lane each on both sides. The PM was accompanied by The PML-N leaders Ahsan Iqbal, Dr. Tariq Fazal Chaudhry, Muhammad Hanif Abbasi, and other notables from the capital city.

It is important to mention here that the incumbent administration of the Capital Development Authority (CDA) has been striving hard to speed up the pace of work on the ongoing development projects like the expansion of the Islamabad Expressway, Expansion of IJP Road, Rawal Dam Flyover, 7th Avenue Project, 10th Avenue Project, Bhara Kahu Interchange to name a few. The CDA has also taken up the issue of stalled sectors like I-12, I_14, and I-15 and started development activities over there. Moreover, in order to provide better infrastructure and an improved lifestyle to the residents of the capital city, the CDA has renovated parks and public places. Recently the civic agency has allocated Rs 21 million for the promotion of green belts in the capital. The new sectors C-14 and C-15 will also be developed soon. The civic agency has also decided to hire reputed government organizations like FWO and NLC for the efficient and timely completion of its development projects.