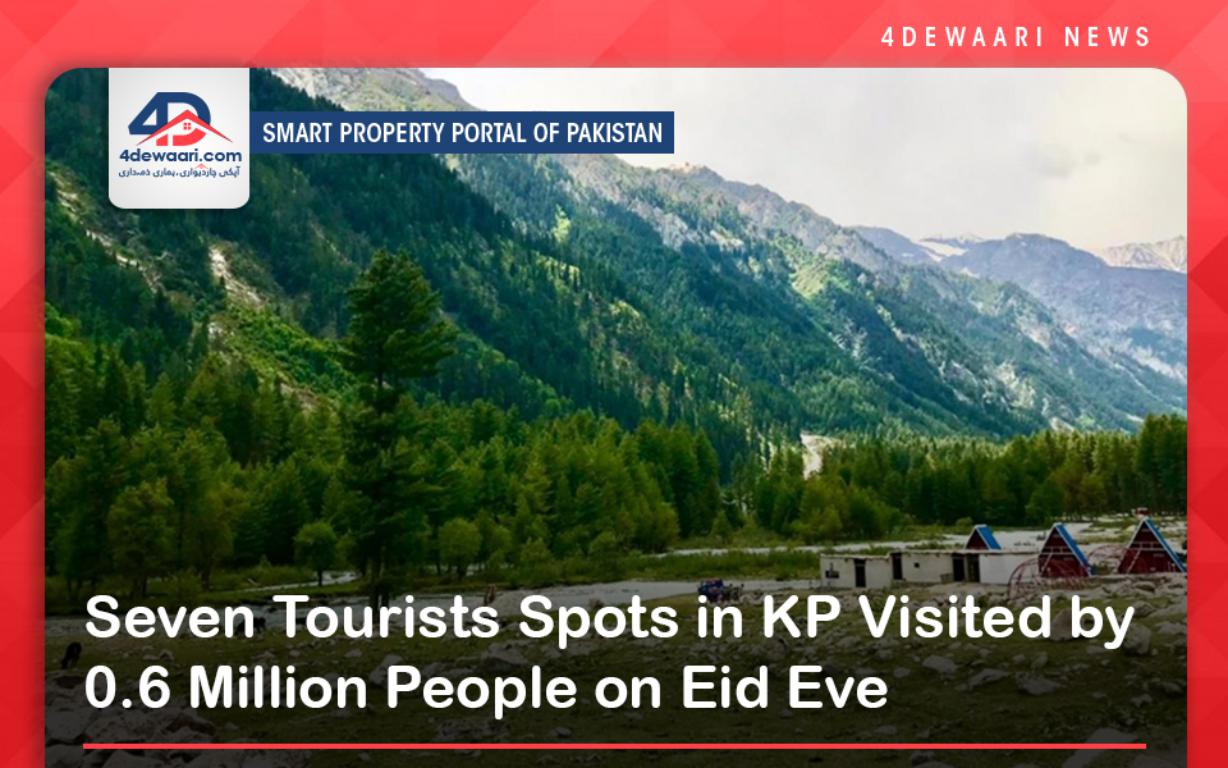 Peshawar: The Tourism department of KP has claimed that over 600,000 tourists have visited the seven famous tourist resorts of the KP Province over the past few days on the eve of Eidul Fitr. The Malakand Division and Hazara Division were mostly visited by tourists during the five holidays announced by the government starting from May 2 to May 6. The data collected by the different departments revealed that most of the tourists visited Upper Dir, Kalam Valley, Malam Jabba, Galiat, Lower Chitral, Upper Chitral, and Kaghan and Naran.

AS per details only on May 4, there were over 100,000 visitors reported in the province with most of them visiting Malam Jabba and Galiat region with around 25,000 tourists each. While the highest number of the visitors went to Upper Dir with a figure crossing 27,000 while 13500 people visited Naran and Kaghan. Only on May 6, more than 240,350 tourists enter the province with Malam Jabba having the highest number of 110,000 followed by Galiat with 65,000 visitors. It is reported that the scenic beauty of the tourist spots of the KP coupled with ideal and pleasant weather during the eid holidays has attracted the tourists to the famous destinations of the province.

It is relevant to mention here that over the past few years the KP government has paid special attention to the promotion of tourism-related activities in the province. In this regard, there has been a serious effort on the part of the KP government to attract tourists not from the local destinations but from all over the world. The beautification and cleanliness of the tourist spots have been ensured over the past few years. Similarly, special attention has been paid to the provision of required infrastructure and maintenance of natural beauty in the province. The government of KP believes that the province has such beautiful places which can easily attract international tourism which may turn out to be a handy source of government income in the future.