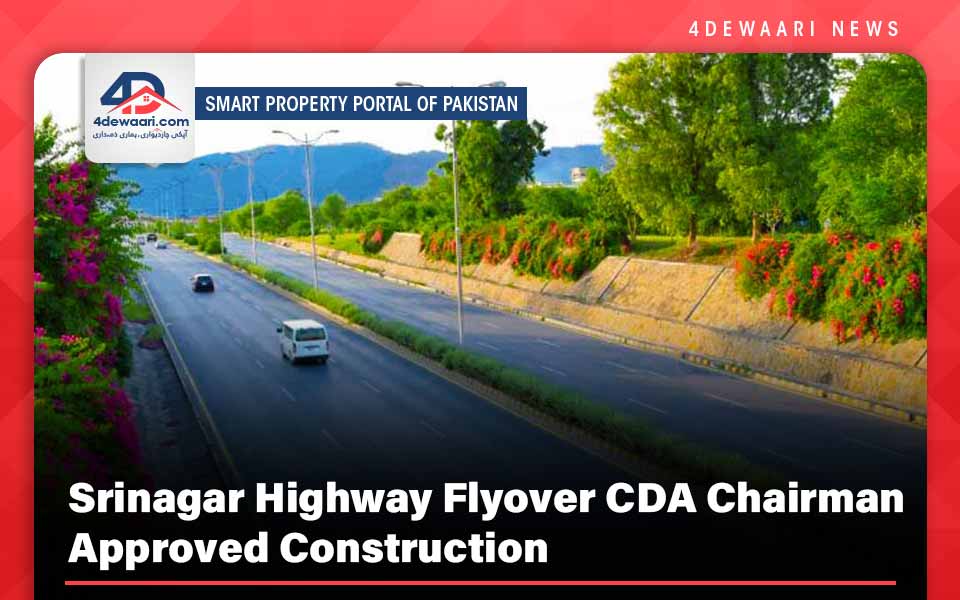 Islamabad: Chairman Capital Development Authority (CDA) Muhammad Usman has approved the construction of an elevated flyover at the intersection of the Srinagar Highway and Faqir Api Road, a busy point where routine accidents take place at regular intervals. Earlier the said highway was made signal free by introducing protected U-turns to reduce traffic congestion on the road. The  Three protective U-turns at  G-9/ G-10 Protective U-turn, Police Lines Protective U-turn, and G-12 Protective U-turn constructed as stop-gap arrangement could not serve the purpose and routine accidents took place. The govt has now decided to construct the flyover instead to minimize congestion and save precious human lives.

It is relevant to mention here that Faqir Ipi Road, right between the IJP road and the Srinagar Highway, serves massive traffic on the highway due to the presence of police lines, two universities, two hospitals, and several other educational institutions. Constructed on the main Srinagar Highway the flyover would help a great deal to minimize traffic congestion while the traffic coming from Faqir Ipi Road will have access through a roundabout to be constructed under the same flyover project.