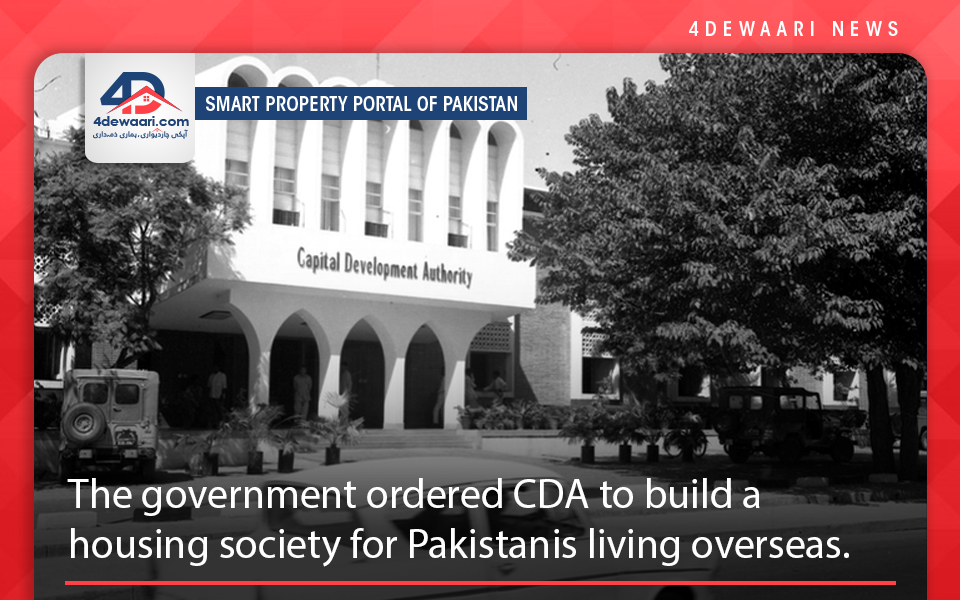 The government ordered CDA to build a housing society for Pakistanis living overseas.

Islamabad: On December 22, news media claimed that the federal government had instructed the Capital Development Authority (CDA) to introduce new housing projects for overseas nationals. The decision is being taken mainly to attract Foreign Direct Investment (FDI) and increase the foreign exchange reserves of the country; the federal government has put out a housing scheme plan. In this context, the CDA has prepared a presentation for PM Shehbaz Sharif to lay out the plan's goals and intended results.

The Gandhara Enclave as well as the revenue potential of the currently under construction Nilore Heights Housing Project will be the main construction works to be undertaken immediately. In addition to that, the CDA has a plan to put some commercial plots up for auction.

The Gandhara Enclave project, which according to CDA sources is partially in Zone III and partially in Zone I, has the potential to bring in billions of rupees in revenue. The Kuri Housing Scheme is one of the most significant projects in the country and will be built on 10,000 kanals.

Additionally, the CDA has purchased land worth billions of rupees to develop apartments to encourage vertical development in the city. The CDA is receiving financing from the federal government to start at least two housing programs on an urgent basis. Developers and investors will purchase the plots and be compelled to construct apartments immediately.